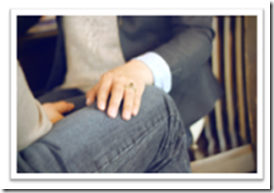 The development of the Metaverse is going to have life-altering effects on our society. Drastic advancements will be made in many fields of work, like how online therapy will feel face-to-face, or how surgeries can be simulated in the Metaverse to ensure excellence. In fact, Meta Platforms Inc. (previously Facebook), has stated that their main mission is to “Give people the power to build community and bring the world closer together”, which is indeed a noble cause. Yet, with every advancement there are those who find a way to twist the technology to benefit a more heinous purpose.

Misconduct is a common occurrence on the internet. The shield provided by an anonymous account gives users freedom to commit actions with little to no real repercussions, or regard for the victims of their actions. People who work to elicit negative reactions on-line, commonly referred to as trolls in Internet nomenclature, stick to rude speech and the overall degradation of people, but with the advanced interactions that are available in the Metaverse, a whole new level of realism has been added to these actions.

Recently, Meta opened up Horizon Worlds, a VR social media platform. Horizon Worlds allows up to 20 avatars to join the space and interact freely, as if you were with your friends in real life. There are issues with trolls invading the space and privacy of other users, even taking it as far as committing acts of sexual harassment and assault on other avatars.

Sadly, this is no new occurrence in the world of VR. Accounts of online groping and other virtual sexual misconduct date back to 2016. In what is believed to be the first instance of virtual groping, Jordan Belmaire was groped and harassed in front of her brother-in-law and husband while playing a multiplayer VR game called Quivr.

Belmaire was helpless as another avatar began grabbing her virtual chest and crotch, as the arms on her avatar were unable to push others away from them. Pleas for the other player to stop simply egged him on, showing the inhumanity of trolls. Shortly after the incident, the developers issued an apology to Belmaire and added the pushing away movement to the game.

While these developers worked towards fighting this injustice, there is still a question to be asked. How do we stop these violations? Fortunately, the vice president of Horizon, Vivek Sharma, is dedicated to stopping this issue and has implemented a solution.

Accounts on the Metaverse come with a safe zone, which is one of many safety features in Horizon Worlds. The Safe Zone is essentially a protective bubble for users, disabling any form of outside interaction until the user decides to take down the safe space. This feature is currently being modified to be more accessible to players, or in Sharma’s words, until it’s “trivially easy and findable”.

The realism of the Metaverse and its users make these unacceptable conducts all the more real, and influences lives. Thankfully, companies involved in the Metaverse are working hard to prevent sexual misconduct while keeping it open and free for its users to explore. As the Metaverse evolves, so will the need to ensure the safety of its users.

Even more alarming than virtual groping is a Web-based service recently publicized by MIT Technology Review. The Review, which chose not to publish the name of the service, says that it was brought to its attention by deep fake researcher Henry Adjer, Jr, who has been tracking the evolution of fake media on-line.

The Web site allows anyone to upload the face of any woman (or man) and then choose from a variety of stock pornographic films. The application then uses deep fake AI to swap the face of one of the principal actors with the uploaded face. The film can then be briefly sampled and fully downloaded for a fee.

Although the results are far from perfect, the imperfections are subtle enough to pass off to a casual observer. Needless to say, that featuring a person in a pornographic video without their consent is deeply disturbing and a violation of ethics and privacy, as well as psychologically devastating.

According to MIT Review, it’s not the first such site. While these sites are typically removed after the backlash of being discovered en masse, new ones continue to pop up.

Many people (often women) have been victims of deep fake pornographic movies making rounds on-line in shallow acts of revenge to the point of being mocked, harassed, stalked and even losing their jobs. It’s time to put an end to sexual harassment in Cyberspace.