Internet of Behaviors or IoB is a relatively new term but one which we will no doubt hear more about in the near future. IoB uses data to predict and influence the behaviors of individuals or endemic and systemic groups. Gartner predicts that by 2023, over 40% of the population will be tracked digitally in order to influence their behavior. 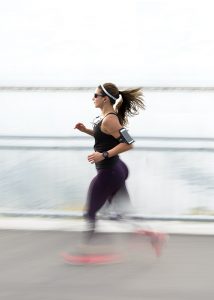 Internet of Things refers to the apps & gadgets that collect data while Internet of Behaviors extrapolates meaningful behavioral patterns from that data.

IoB data sets are the results of data collection and telemetry performed by IoT devices (Internet of Things). IoT devices form a vast Web of electronic devices connected to the Internet for a variety of purposes. IoT devices can range from doorbells and security cameras to smart refrigerators and washing machines. IoT is also common in commercial applications; you can find devices such as temperature monitors, facial recognition systems, time clocks, smart security locks and vehicle tracking systems at work.

These devices collect vast amounts of information and store it, usually in the cloud. Mining that data can reveal a lot about the users of the devices and when combined with other data, an immense in-depth analysis of a person, a group of people or an organization can be extrapolated.

It’s not difficult for data companies to link users to their cell phones, laptops, voice assistants, doorbell cameras, fitness watches, and home thermostats. Combined with the additional telemetry provided by computers and smartphones, a person’s life is revealed in great detail by their data.

Companies are increasingly using this information to market products and collect data, often for beneficial purposes. For example, during the pandemic, telemetry was gathered by smartphone apps for the purpose of contact tracing.

Privacy may be a concern for some but not for others. Some people are willing to trade their data for free products and/or convenience. If you are willing to make that trade, it’s important to not only know how your data is being used, but also to hold accountable any entity that misuses it.

Many IoT devices and app makers sell data to companies that amalgamate the data and use it for business intelligence. There are a lot of potential beneficial uses: Health providers can measure the engagement of patients, the effectiveness of medication and exercise programs and policymakers can create laws and build infrastructure based on large scale population trends.

On the other hand, IoB data can also be used against you.  Data acquired by an insurance company from a data supplier might include not only how hard you accelerate, brake and turn, but also may include data from social media. Factors outside your control such as the actions of friends, may affect your insurance prices, your ability to land a job or even your interest rate on loans. If you are not sure how predictive analysis can be harmful, watch a 2002 film titled “Minority Report”.

Make sure you read the privacy section in the terms and conditions before buying and connecting IoT devices or downloading and installing apps. However, this may not be enough. With only weak protections from the law concerning data privacy, it’s up to us as individuals to understand how our data is being used and to ask our lawmakers for greater privacy protection laws.

Considering that IoB is nascent technology, it’s still too early to tell what benefits and pitfalls await. The decisions we make and actions we take now, will shape the future of IoB and on-line privacy in the upcoming years.