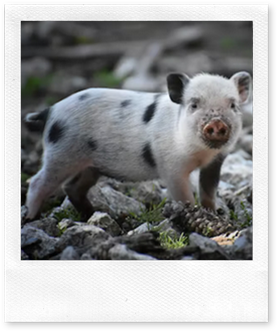 Pig butchering is a fraudulent scheme in which hackers use social engineering and phishing tactics to initiate contact then “fatten up” their victims, eventually extracting sensitive information or financial resources from them. These scams can be highly sophisticated and difficult to detect, and they often target individuals or organizations that are not aware of the risks and are unprepared to defend themselves. In a world where cyberspace has replaced brick and mortar and where personal and business relationships are built over social media, discerning between what’s real and what’s not takes much common sense. Incredulous as it may seem, common sense can be repressed by sexual excitement or financial greed, exactly what pig butchering hackers count on.

In a pig butchering scam, the hackers typically use a variety of tactics to lure their victims into a false sense of security and gain their trust. This can involve social media or the sending of seemingly legitimate emails or messages. When a victim responds, the hacker sees this as an entry point for building a relationship and developing trust. Some of these scams take place over several weeks or even months, building an incredible amount of trust. Once sufficient trust is established, the “fattening up” process begins.

The process of fattening up involves having the victims send incremental amounts of money, increasing their stakes in a venture or falling deeper in love. This is done through manipulation and positive reinforcement. Once the hackers have successfully “fattened up” their victims through these tactics, they go for the “butchering” which involves draining the victims of their resources.

Many scams revolve around finance, friendship and love. Hackers impersonate love interests and  trick their victims into sending them money. They use false narratives such as requesting monetary assistance to get out of a bad situation like a divorce, paying a debt to be released from a forced labor camp or even hiring a border-crossing mule to get to the U.S. All the pretexts revolve around a fake story line: the goal of meeting, copulating, marrying and/or living happily ever after with… the victim.

More sophisticated scams involve making contact with traders, investors and high net worth individuals and acting as fellow traders or investors who have come up with a magic formula or some inside information to make money fast. The hackers may provide a fake app which shows financial data of legitimate businesses along with the fake businesses which is controlled by hackers. They may also forge financial  documents or present fake Web sites. The ultimate goal is to have the victim send more and more money to purchase stock or crypto currency,  tricking the victim into believing that their investment is increasing in value. When the victim starts to suspect fraud or wishes to cash-in on the earnings, the final “butchering” phase kicks in and the money and the point-of-contact both disappear.

To protect against a pig butchering scam, it is important to be vigilant and always think twice about providing money or information to people you haven’t met personally. Having cyber awareness is the best way of preventing cybercrime. Sign up for our next cyber crime awareness training which is provided free of charge to everyone.