There are a few issues that can cause login failures on Sonicwall NetExtender VPN.

If the user log in to the Virtual Office and the error states: the user is not allowed to log in from here, it’s likely that user login is not enabled on the WAN interface. To fix this, enable user login  on the WAN as shown below. 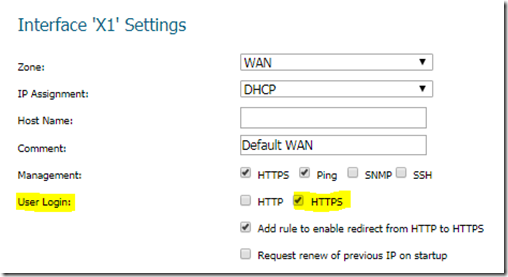 Another common problem is that the user is not a member of the SSL VPN group. This can be corrected by adding the person to the group as shown below.

Also, don’t forget that unlike in the Windows world, here the user names are case sensitive. Make sure that the user name matches in both the router’s local users list and the SSL VPN client.

Lastly, another baffling problem  I have run in to is when a user has a password set by the Sonicwall administrator that includes characters such as: “,  + or &, the password will fail and the user will not be authenticated over the SSL VPN.

To correct this problem,  avoid using special symbols which are also programming language operands. It’s likely that they are prohibited as a way mitigate special element injection and strengthen code security.